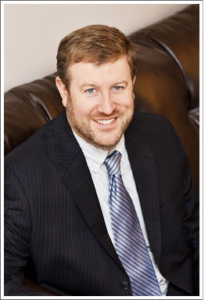 Tyson Furr, Ph.D. is the director of Herald Square Psychology in New York City and Tokyo, Japan. Licensed in both California and New York State, Dr. Furr has been supervising Clinical psychologists and now specializes in providing services to professionals in private practice after working in the public sector.

In his education and practice in New York City, Dr. Furr has accumulated a unique skills set from different modalities and training. He has studied psychodynamic therapy from psychoanalytic professors (one of whom worked with and was the patient of Arron Beck, a founder of Cognitive Behavioral Therapy) as well as having been trained in Interpersonal Therapy for Depression, C.B.T., Prolonged Exposure Therapy for PTSD, Motivational Interviewing, Object Relations, Interpersoanal Psychoanalysis.

The son of an Experimental and School Psychologist, Dr. Furr grew up in an environment that encouraged curiosity about and the application of knowledge and the humanities to help individuals attain their goals in life. Dr. Furr has worked in a diverse set of clinical settings from virtually all parts of society and has taught classes in Mindfulness, Relationships and Social Psychology.

Dr. Furr graduated with a B.A. in Psychology from the University of California at Santa Cruz, where he participated in conducting research in Social Psychology and studied under the noted Social Psychologist Elliot Aronson. There, Dr. Furr learned the factors of attraction in relationships, the danger of distorted self-justifying when one does not live according to one’s values, the powerful influence of environment on individuals behavior, and the importance of awareness of one’s bias in social situations.

Later, while studying at New York University’s Master’s of Arts program, Dr. Furr was actively involved in research on psychotherapy. As a doctoral student, Dr. Furr worked at Beth Israel Hospital in Manhattan in the extensive Brief Psychotherapy Project. He later received his doctorate degree in Clinical Psychology at Long Island University. Dr. Furr also taught Social Psychology as a teaching fellow at Long Island University in Brooklyn. Dr. Furr conducted his own original research on Anxiety Disorders, Mindfulness, and the repair process between patient and client in psychotherapy. Dr. Furr’s dissertation on Testing anxiety has been cited in a meta-analytic study for cognitive factors for vulnerability to anxiety by a major researchers.

Dr. Furr has also supervised doctoral students and participated on the training committee for the Internship program for the American government. Dr. Furr has supervised doctoral and post-doctoral level as director of clinical services at Herald Square Psychology, where the sum of his experience is delivered in a compassionate, individualized treatment program for adult clients. 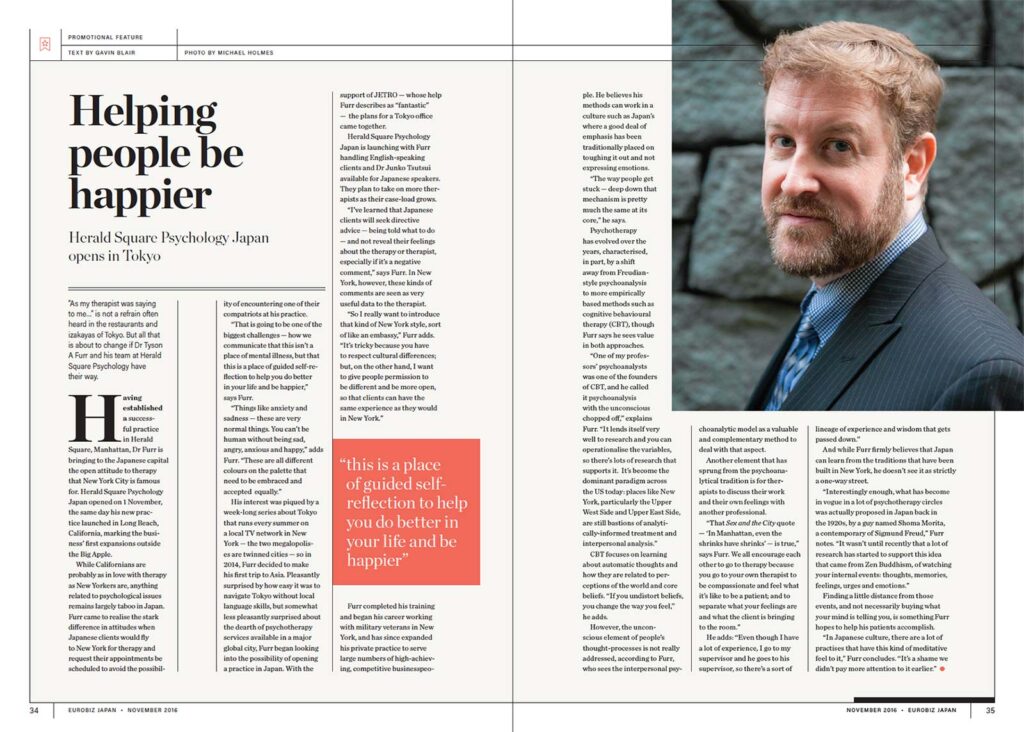 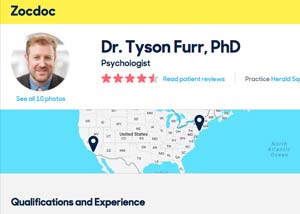